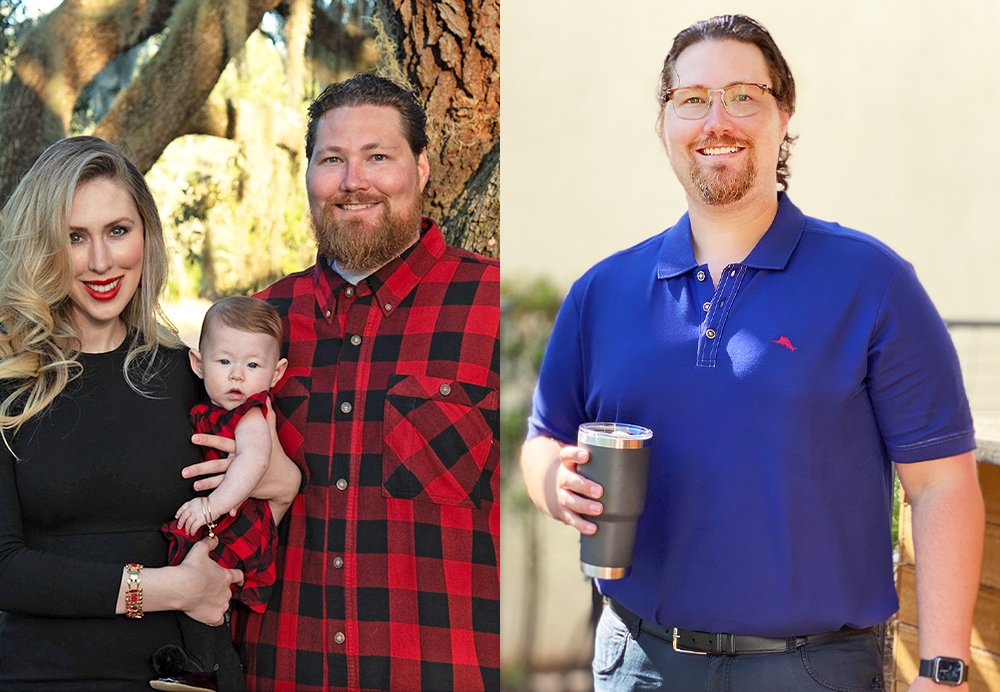 "If you're looking to lose weight and keep it off, and you're on the fence, all I have to say is do it––leap, take the jump. At the end of the day, it was a great decision for me. I can't wait to stay on this journey. I'm excited to step on the scale the next day. So again, if there's any trepidation, just do it."

What was it about MetPro that intrigued you?

Nicholas: I've struggled with a lot of diets. I was at the point where my wife and I just had a baby. And, you know, I gained a little weight during the pregnancy. I'd been trying intermittent fasting with varying degrees of success, and I read about MetPro and said, “Hey, this looks interesting.” And, you know what, it's been a bump-free ride ever since! So yeah, I just kind of read about it and I said, “what the hell I'm gonna give them a call.”

Were you skeptical about what MetPro was, or if this was going to work for you?

Nicholas: Absolutely. I'm a Physician. I've dealt with a lot of different diets. I understand the science of dieting. I talk to patients every day about it. The thing is, the MetPro model was different. I just put some faith in the process. I was a little skeptical, but it made sense. I didn't opt for the larger package initially, it would have saved me more money but because of my skepticism and knowing myself personally, I just wasn’t sure.

Now working with MetPro for 3 months, I don't have a problem continuing. It's been made easy for me. I'm going to probably do this for a lot more months because I'm seeing the results and I'm happy about it.

What kind of results have you seen thus far with MetPro?

Nicholas: The number on the scale has gone down, which is kinda cool. I've lost 20 pounds and I've seen physical changes in my body. My wife has even noticed it, she said: “you're really putting on more muscle, it's obvious.” I think the muscle was always there, I just had to get that fat off. I'm not losing strength or muscle mass either. In fact, I've gone up in strength. I initially did a bone density test on myself just to determine my body composition, which I'll probably do again, but I'm willing to bet my fat percentage has decreased significantly.

What would you recommend to other individuals about MetPro?

Basically, you're going to get results if you put in the effort. I can almost guarantee it. The science is sound, and the coaching is helpful. This is coming from someone who has not done well on diets in the past and now is able to be successful (and not complain through the whole process).

If you're looking to lose weight and keep it off, and you're on the fence, all I have to say is do it––leap, take the jump. At the end of the day, it was a great decision for me. I can't wait to stay on this journey. I'm excited to step on the scale the next day. So again, if there's any trepidation, just do it.