When Tom first came to MetPro in November of 2016, he wasn’t sure what to expect because he had never done a structured diet program before. He had always worked out and had a fitness trainer for the past 7 years, and although he built strength with his trainer, his body composition never changed. During this time, he didn’t consider that nutrition would be the missing link between him and achieving optimal results.

“It never really occurred to me that it’s all about food and not so much exercise. And particularly as a middle-aged guy, I can’t exercise my way out, like I could when I was in my twenties,” said, Tom.

A Supportive Team of Industry Experts
From the beginning, Tom felt that his coach and the rest of the MetPro team really took care of him. “They were very clear about what I needed to do. And I liked that the feedback was instant. It taught me a whole different way to eat – I finally learned how to eat properly!” said, Tom.

With Tom’s demanding schedule, he would often find himself succumbing to eating foods that were either not healthy for him, or foods that would spike his blood sugar. As a result, in the middle of the morning or early afternoon, he would be starving. MetPro used Tom's personal data and results to identify the exact diet strategies that would work best for him and his lifestyle. With his new customized diet strategy, Tom never experienced any cravings or felt that he was hungry. Integrating MetPro Into Your Lifestyle
One of the biggest concerns for Tom was his demanding work and travel schedule, particularly how his meals would work when he had to conduct business during lunches or dinners. MetPro’s lifestylist service took the guesswork out of social situations. Tom would notify MetPro's lifestylist about which restaurant he was dining at, and they would provide the exact meal for him to order. This took the pressure and stress out of failing to eat properly. Tom feels that he was always able to stay on track with the plan and never felt that he was out of sync with his nutritional needs.

Tom is amazed at the transformation, not just in his body because he does feel much better and his athletic performance has improved, but immediately he started to notice a boost in his energy levels and his self-esteem. “It’s been really great and I feel really confident with the guidance MetPro has given me. My biggest problem now is that my clothes don’t fit, so now I have to buy new pants!"

Click here to hear more about Tom's story and experience working with MetPro! 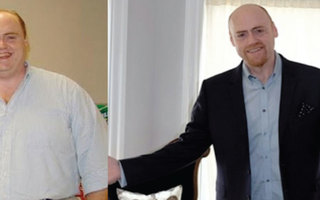 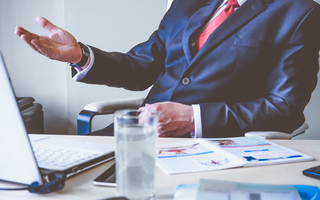 SmartCEO Founder Develops A Health and Fitness Philosophy with MetPro